How you can help

Save lives with a legacy

Help us continue saving lives by leaving a charitable gift in your Will.

Your contribution today will go towards the purchase of important medical equipment, ensuring that lives are saved now and well into the future.

Why leave a gift in your will? 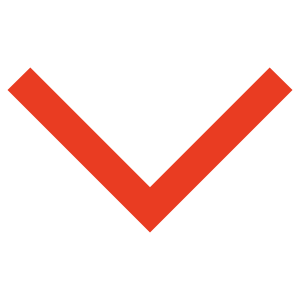 There are many benefits to leaving a gift in your will. The first and most important is the knowledge that your gift is long-lasting and will ensure the survival and the advancement of our service for future generations.

This means we will be able to continue the operation of three helicopters in the Auckland, Coromandel, Waiheke, Great Barrier Island and Rodney regions, 24 hours a day, 7 days a week, enabling us to attend more than 1,000 rescue missions each year. Your gift will save lives.

How do I leave a bequest?

To nominate the Auckland Rescue Helicopter for your bequest the suggested wording for you will would be: ‍

“I give to the Auckland Rescue Helicopter Trust a specified share of the residue of my estate/or the sum of/or a specific bequest for its general purpose and I declare that the receipt of the Chief Executive or other Authorised Officer of the Trust shall be full and sufficient discharge of the said legacy.”

What is the Legacy Supporter program?

By leaving a bequest, you will automatically be welcomed into our Legacy Supporter program. You will receive a welcome pack, a badge to wear with pride, and get invited to our annual events. You will receive a quarterly update of what has been happening with our service and get invited to other events throughout the year. The Legacy Supporter program is our way of thanking you for your future support of us.

If you would like more information or have any questions please call:

Thank you! Your submission has been received!
Oops! Something went wrong while submitting the form.
Thirty-five years as a Crewman but some patients you just don't forget.

As you can imagine, I have come across thousands of patients, but some have left a lasting impression on me. Steve 'Hoppy' Rastovich is one of those patients. I was therefore humbled recently when I found out that Steve and his wife, Frances, have both become a Supporter for Life by leaving a gift to us in their Will.

You see 'Hoppy' (as he likes to be called) will never forget what we did for him and neither will his family. Here is their story.

"In saving him, they saved our whole family."

As Steve Rastovich sat trapped in the mangled cab of his truck and losing blood, there was only one thing on his mind. His family.

He thought about how they would hurt if he died; how his wife of 40 years would cope without him and what he would miss out on: his son, daughter and grandchildren, the rest of his life.

He drifted in and out of consciousness, hearing the emergency service crews at the scene discuss how to get his damaged body out of the cab, hearing the blades hit metal as they started to cut the vehicle apart.

Then he heard a sound he will never forget: a helicopter coming closer, then landing.

He couldn’t feel much at the time, but he remembers relief, and a lot of hope.

While driving at 90km/ph the front right tyre of his truck exploded as he took a corner. As he lost control, Steve had to choose between veering left into a bank, or into the path of oncoming traffic and over a drop of nearly 100m. He chose the bank and on impact, the truck crumpled like a concertina.

‘I couldn’t get out, I was jammed up,’ Steve recalled.

‘I thought of my wife, my family, what could be and what might not be, that was the biggest thing … at the time I didn’t feel much pain, it was just the things going through my head. That was the worst part.’

It wasn’t Steve’s first crash; 45 years ago he crashed his truck into a pole which was holding up a shop verandah. His left leg had to be amputated.

That didn’t stop him; the avid truckie was back behind the wheel as soon as he could manage it and went on to drive for a transport company in South Auckland.

‘I was trapped in there for about 90 minutes. That’s a long time to be sitting in there,’ he said.

‘A lot goes through your mind, your family – I wasn’t concerned about losing my other leg, I just wanted to get out of that bloody thing.’

When they got Steve out of the truck he had lost a lot of blood and was losing more rapidly. Then in came the crew of the Auckland & Coromandel Westpac Rescue Helicopter.

‘Dave, the paramedic kept me together, he stabilised the leg and bound it straight,’ Steve said. ‘He got me stable enough to be transferred to the helicopter and then we went through to Middlemore Hospital,’ said Steve, who earned the nickname ‘Hoppy’ after his first accident.

‘The flight was really rough, it was like boom, boom, boom the whole way but I was thankful to be in there.’

Steve was given 17 units of blood to replace what he’d lost and underwent surgery to repair what was left of his right leg, which was hanging by, in his words, ‘a flap of skin.’ His hip and knee were reconstructed and he’s got steel rods the length of his limb.

Steve has had 15 operations since the crash and while he has ongoing pain issues, he has no complaints. He can walk, but most importantly, he’s alive to tell his tale.

His wife, Frances, said if there had been no rescue chopper that day, there is no doubt she would have had to bury her husband. ‘Our 19 year old son died in a car accident 23 years ago, so my life would have been absolutely unbearable if Steve had died,’ she said.

‘Without the Auckland Westpac crew I would not have a husband. They didn’t just save him, they saved our whole family.’

Frances said while in hospital Steve was hell bent on three things: walking again; going back to work; meeting the people who saved him to say thanks.

He achieved all three.

‘We went into the rescue base to meet the guys who helped Steve, they didn’t know we were coming but the girls in the office made sure the crew were all there on the day. That was the ultimate; to walk in there and see the guys when he should never have lived, that was a really great thing.’

Because of their experience with the helicopter service, Hoppy and Frances have now become members of the Trust’s Legacy Supporter bequest programme, by leaving a charitable donation in their Will.

Testimonials from our Legacy Supporter members

"When I fell 30 metres down the Castor Bay cliffs, the tide was in and the seas were crashing over the rocks where I lay. I was seriously injured and was getting very cold. I told emergency services by cell phone that the only way I could be rescued would be by helicopter. How lucky I was that the Auckland Westpac rescue helicopter was equipped with a winch and carried both a doctor and a paramedic.

Our donations, yours and mine, help to ensure the service continues meantime. But the Auckland Rescue Helicopter Trust needs an assured future with full equipment and medical staff on all its flights.

The bequeath in my Will – and hopefully yours as well – will help to provide a continued and improved helicopter rescue service for all of us and our families into the future.

Please join many other New Zealanders: give generously and leave a bequest in your Will to the Auckland Rescue Helicopter Trust."

"Having been to the helicopter base and heard about how the service works, it's an organisation I truly wanted to help. I always tell everyone, 'you never know when you are going to need it' and as it turns out, someone dear to me did need it recently."

In September 2016, Jo began to feel ill, suffering symptoms similar to a mini-stroke. Intensive Care Paramedic, Bruce Kerr, was on-board the helicopter that day and the crew flew Jo to Auckland City Hospital in a serious condition.

"I was already a regular supporter and had also left a gift to the service in my Will, and now I am so glad I did. It's a service I have always believed in and one you know is going to save an awful lot of lives.

Leaving a gift  was an easy and simple process and something I would encourage others to do if they want the helicopter to be around in the future."